Skip to content
We visited Team Awesome again on Friday. It had been a week full of cranky fussiness so I thought maybe a change of scenery and faces might help end the week on a high note.

Henry captured the many faces of Aiden.

Andrew being clobbered by a cat AND a baby is becoming a more frequent sight in our house. At least they relinquished one hand for him to use while he was confined to the couch. 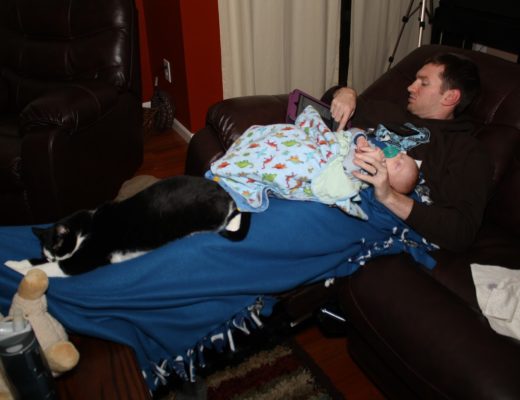 Lounging on the couch enjoying Andrew’s new Surface together. 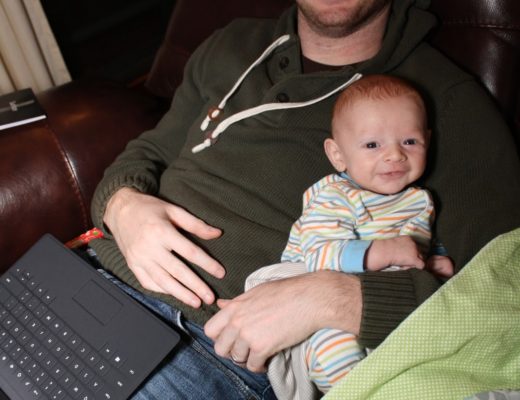 We spent Sunday with Tom and Emily since this is the last time we will all be able to see them until after the new year. Aiden and I also ventured to Tom and Emily’s on Tuesday to hang out with Emily on her day off. Unfortunately, I didn’t document that field trip… fail.

Pictures with mom… we don’t get too many of these since I’m often home by myself or the one taking the pictures.

Making a turtle face just like his turtle ornament… (thanks granny)

Getting swaddled is the absolute worst! But necessary for everyone’s sanity.

And a few videos…

Don’t be too deceived by the mostly pleasant pictures. Many of them were taken in a 3 day window when he was a happy baby. The earlier part of the week was a little hectic. Aiden’s been very awake and alert during the day which is cool but also leads to lots of fussy phases. He’s just not sure what to do with himself all the time (and sometimes neither am I). Andrew and I have somewhat of a nighttime routine figured out, and most of the time Aiden goes with it. Typically there’s a feeding between 9 and 11, after this feeding I will go to bed. Andrew will go to bed in Aiden’s room with him until the next feeding about 3 to 4 hours later. Then Andrew and I will swap rooms and I will sleep in Aiden’s room the rest of the night, until around 11am. He’s gone 5 hours between feedings a couple times this week which has been a pleasant surprise.