Skip to content
I was very excited about this clearance onsie I found with tools on it. 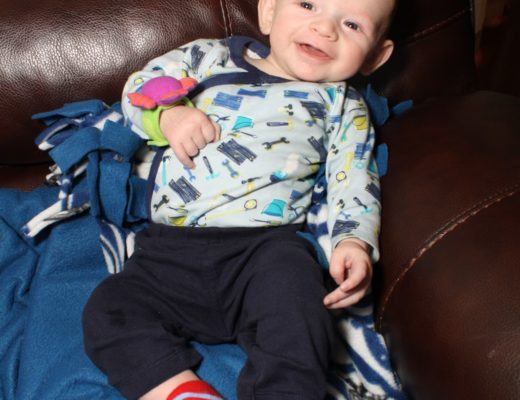 Aiden has found his hands but even more importantly, he’s found his fingers… They are DELICIOUS! 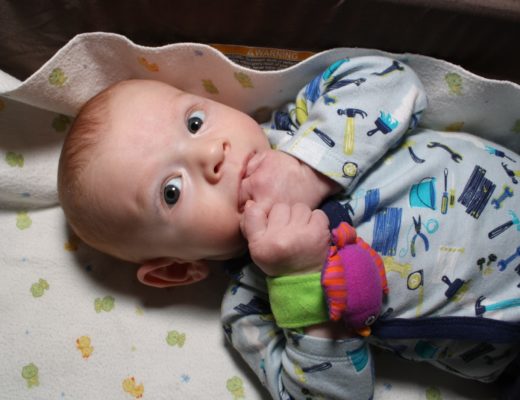 I tried to interest him in some of his toys, but toys are for suckers. Hands are way better! 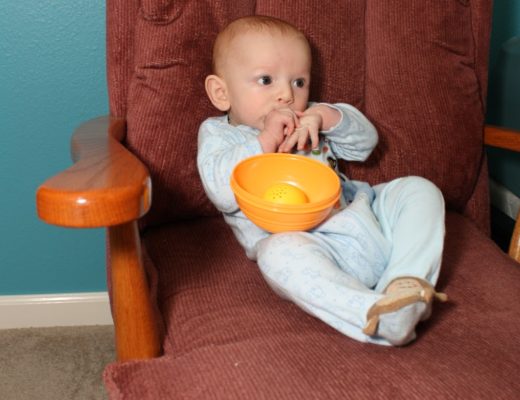 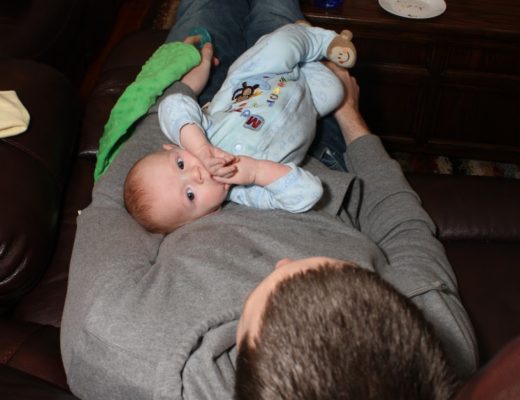 Pleasant tummy time is very rare, but it does occasionally happen. 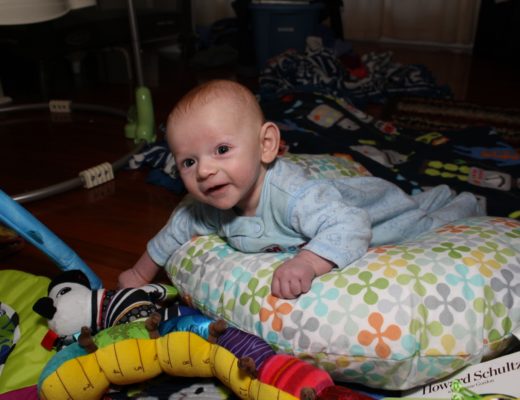 The week started out well. We visited Aiden’s new friend who was 3 days old. I went to the free parent-baby group class at Evergreen with a few of the mamas from birth class. I was making our breakfast shakes for each morning and dinner almost every night. We sorted through his clothes to take out all the new born stuff that doesn’t fit. Aiden and I attempted a Baby Matinee which ended with us leaving early because he peed through his diaper (I was happy to have an excuse to leave, the movie was awful). We even began overhauling his room to reorganize the closet and move around the furniture. Our current situation just isn’t working. I was starting to feel like things were under control and I could start doing a little more. My mistake. The last four days of the week were very long. Although Aiden was still sleeping very well at night, we are so grateful, his day time routine became very high maintenance. He would take about 4 naps per day but each was only 20-30 minutes long. When awake he might have 15 minutes of happiness that could easily be ended by the slightest wrong move or activity choice. There was a total melt down at least once each day, not even feeding him would help (that’s right, even my safety net wasn’t working… when all else fails feed him). Poor Andrew came home from work to the worst of it, a cranky baby and unhappy wife. We went to Tom and Emily’s for the Super Bowl but left early. We use an app on the ipad called The Wonder Weeks which showed that he could be going through a mental development. But he was also spitting up left and right, and constantly pulling things to his mouth since he’d found his hands. We second guessed ourselves the whole time, not sure what the problem was… early teething, development, reflux.