Skip to content
Aiden’s been sitting up quite a bit more with only a little help. He’s even starting to play with toys on his own and grabbing everything within reach.

Now that he can roll around playing on the floor lasts much longer and he’s not crawling but he does manages to maneuver himself around to grab toys.

He can regularly be found eating his toes, one of his new favorites.

While eating his toes he got really excited when he looked around and found his dad. 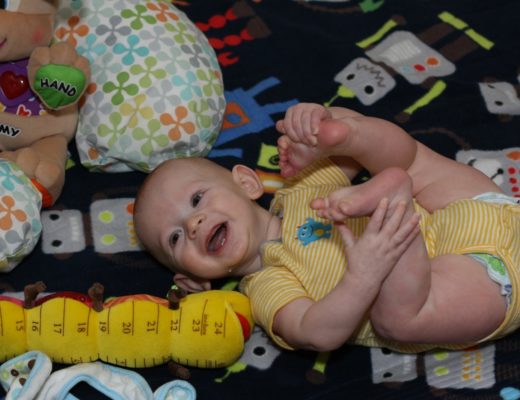 Spring is starting to show through again so we’ve been able to go walking.

Playing on the kitchen floor, probably with the cats. We chase them around the house and pet them. Mostly they don’t mind unless Aiden screeches with excitement. That makes them a little nervous. He’s very funny now, because he looks for them and when he finds them he flails his arms and legs excitedly and if they look back at him he laughs. 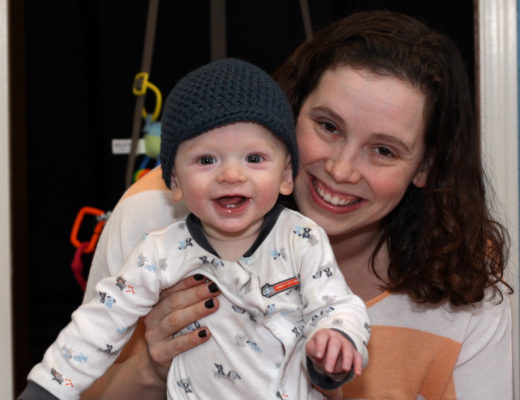 We had several parents and babies over Saturday. Most the pictures taken were on Henry’s camera so I don’t have much to show from that event. His friend was trying her very hardest to grab his hair. Luckily there isn’t much there to grip.

Andrew and Elly are testing out the new Wii U together.