Skip to content
I started to include all these photos in my New York post but it was a bit of downer and I had a lot to share, so it became it’s own post.
After seeing the 9/11 Memorial Fountains we had tickets to go into the museum at 1pm which was just opened May 21, 2014. I was a little worried that it wouldn’t be worth going through and then feeling depressed the rest of the weekend (petty, I know). While it was still very somber, I thought it was extremely well-done, so detailed and very moving,  from the architecture of the building right down to the shoes worn by survivors from the Towers. The Museum is all underground. When you first enter there are large open spaces as you descend with select artifacts spread throughout. All of my photos are from this area because you cannot take pictures once you pass the double doors. The majority of the museum is contained past double doors after you view the “last column”. The museum includes 23,000 images, 10,300 artifacts, and nearly 2,000 oral histories of the dead. It’s laid out as sort of a timeline of the day’s events as you walked through. It was daunting, but I found myself wanting to watch/read/hear everything. There were so many individuals’ stories. I would without a doubt go again if I’m back in New York.

A map showing the plane routes and where they changed course and ended up. 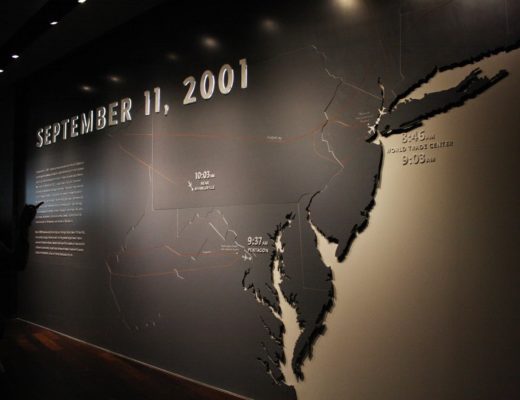 These are the South Tower beams impacted by United Flight 175. 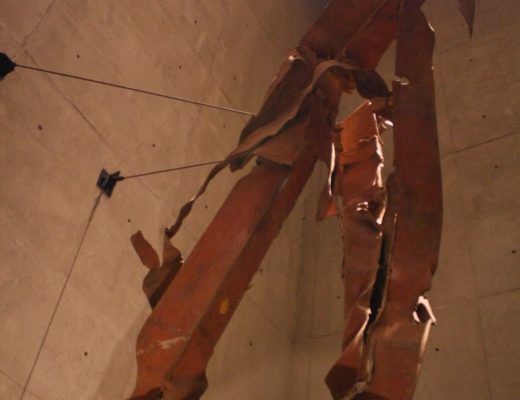 All 11 members of Ladder Company 3 were evacuating the North Tower when it collapsed. 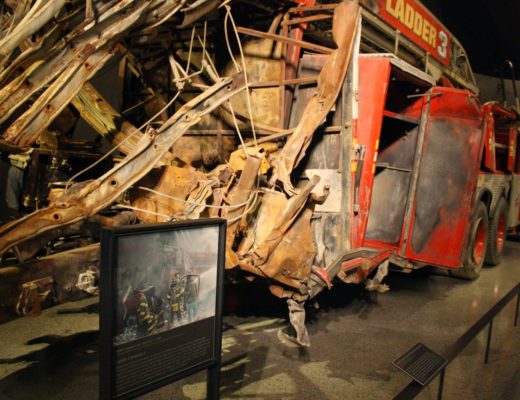 The World Trade Center by the Numbers: 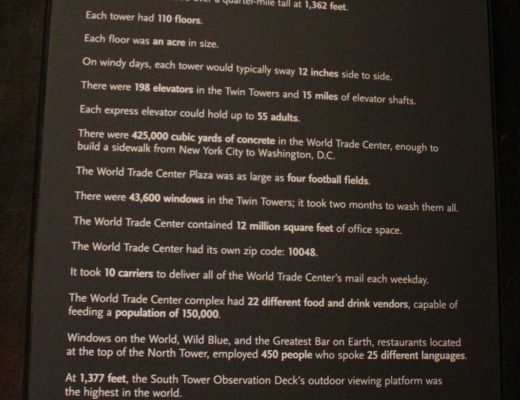 This a 47,000lb piece of the antenna from the top of the North Tower.

A 10,000lb elevator motor (if you click on the photo you should be able to read the plaque). 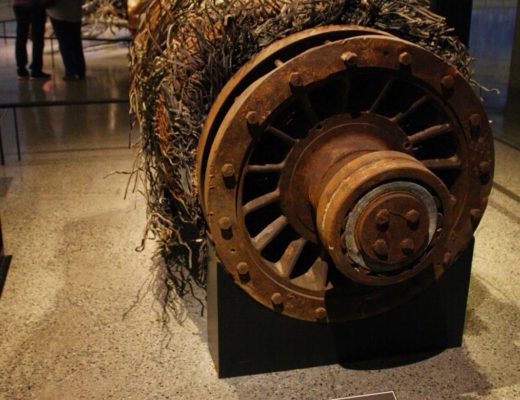 Missing posters fade in and out, projected on the wall. 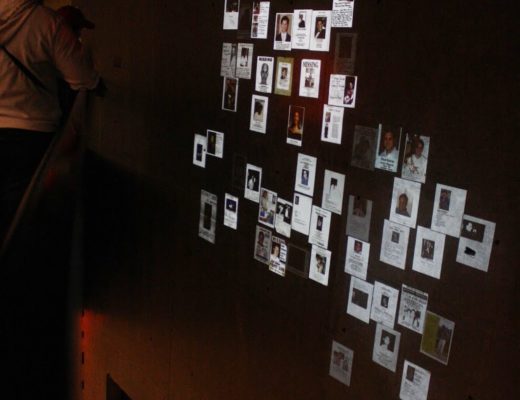 The “Survivors’ Stairs” remained intact during the collapse and were salvaged in the cleanup and relocated to the museum. 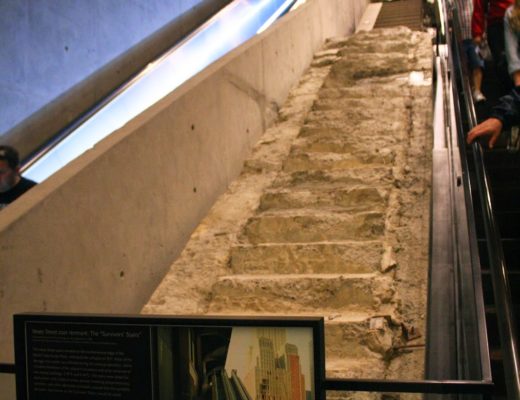 Some of the box columns from the original towers were filed down and left exposed in the museum.

The 2,983 pieces of paper on this wall represent each victim (from 2001 and 1993). Trying To Remember the Color of the Sky on That September Morning is the only commissioned work in the museum. Behind the wall is where all the unidentified victims’ remains are housed, accessible only to victims’ families. 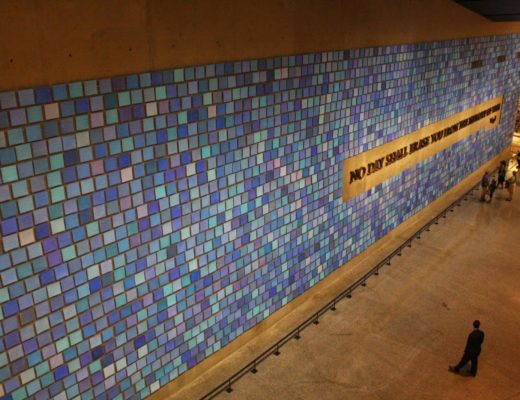 The “Last Column” was the final steel beam removed from ground zero.

I was able to find a few examples online of things I couldn’t take pictures of:
The business card and watch found from a passenger from Flight 93 and firefighter, Christian Waugh’s helmet.

Fragments from Flight 11 which hit the North Tower and the infamous flag from Ground Zero. 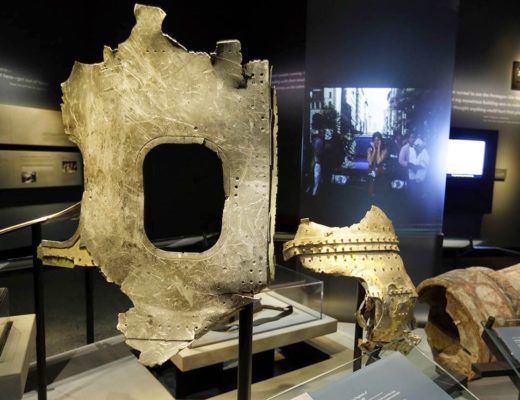 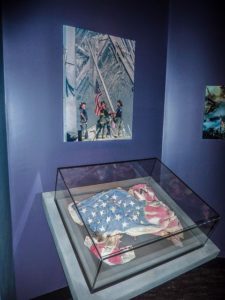 Audio accounts of survivors’ from the towers by floor.