Skip to content
Aiden says some funny things as a 3 year old. Lately when we put him to bed he tells us “don’t let anything bad come in”. Then he’ll go on to specify “… like a big bad wolf, or a dinosaur, or a crocodile, or a bear”. One night after this typical discussion, he tells me “but I would like it if a pig came in” and he continued to tell us this on multiple occasions, so I thought maybe we can go see a real pig. He’s also been into the 3 Little Pigs story lately. I found a horse farm nearby, Tashunka Farm, where they also have other animals and will escort you around the property to pet them. It was very casual and I paid $20, so perfect for a toddler.

This is Jiggy the mini horse.

We met Sherman the mini pig who did tricks for Cheerios.

There were also chickens, fainting goats to feed, rabbits and a chinchilla (so soft!). 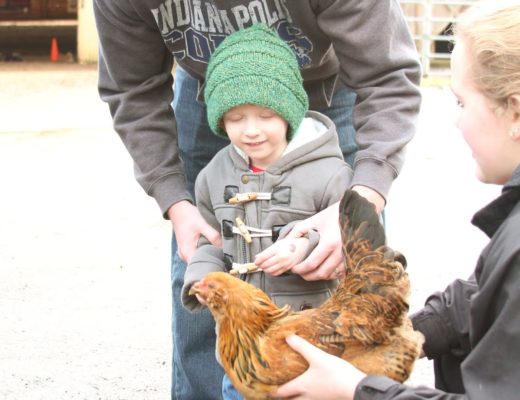