Skip to content
We are seeing lots and lots of Oliver smiles now. He loves baths in the sink and makes lots of happy baby coos. 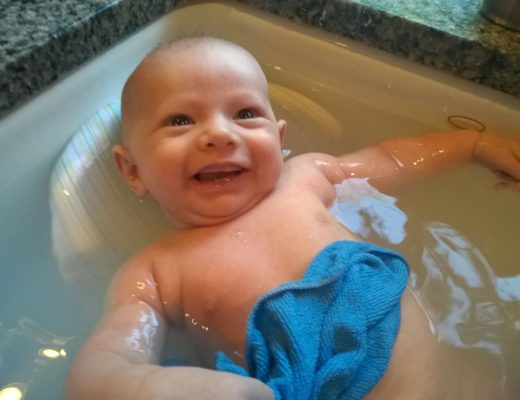 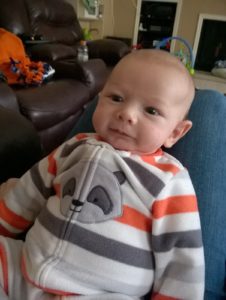 I made a visit to the office last week. We’ve had really great weather and I’ve started leaving the house everyday to do some kind of walking. 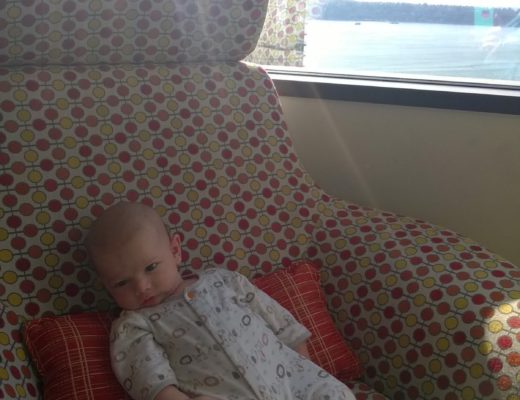 Andrew has been back to work for 3 weeks (2 if you don’t count the week of the plague). I do a lot of baby wearing so that I can do things while Oliver sleeps. He doesn’t sleep very long during the day if he’s put down. When we’re home alone during the day most of it is spent like this… 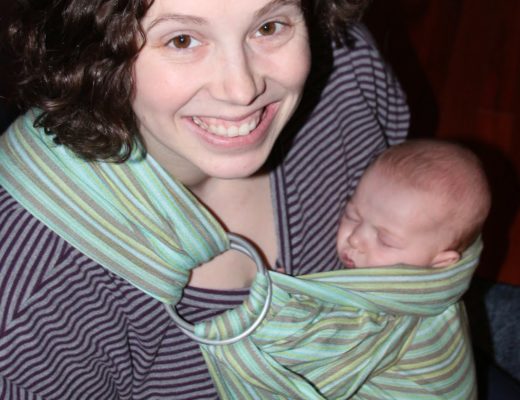 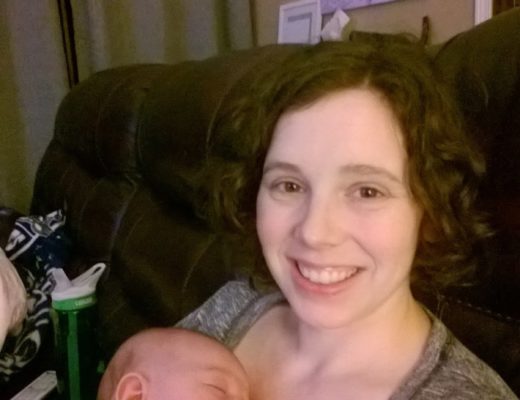 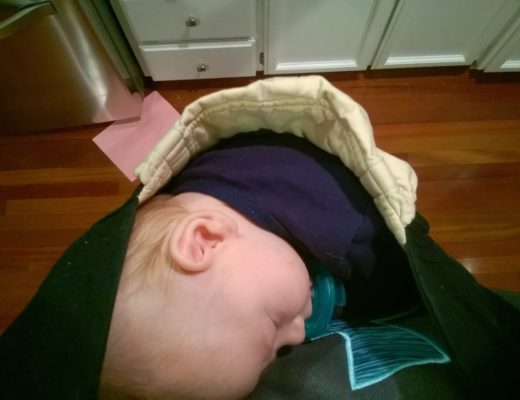 And almost everyday he happily hangs out on his play mat and in his pumpkin seat for a little bit. This is my chance to deal with dishes or laundry, eat, or jump in the shower… or just sit and think about those things.

Then Andrew comes home and it’s time to play on the floor and get in some snuggle time after daycare. 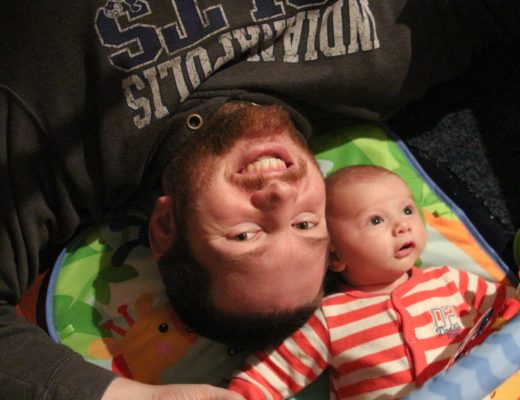 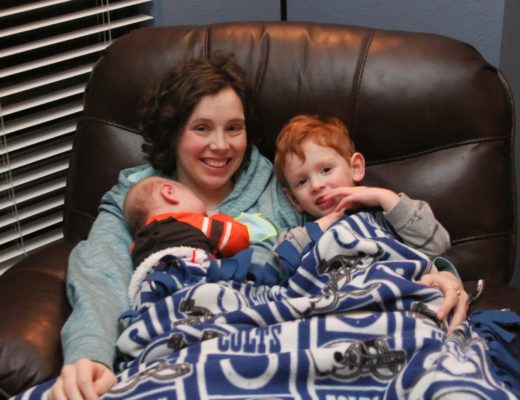 We had our first doughnut outing as a family of four. Aiden was very excited to take his little brother and sit next to him. 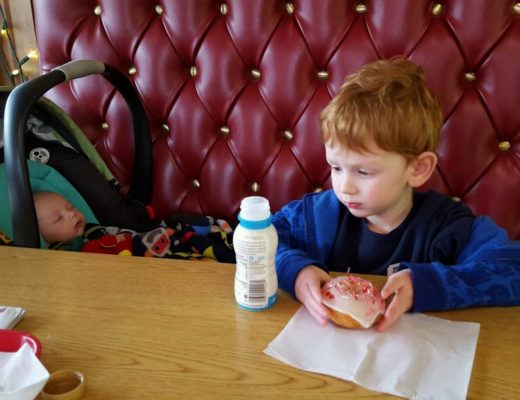 He really loves his little brother. He will ask “you like being with me little brother?” He holds him almost every day. He’ll let me know when he cries that “little brother ready to eat now.” 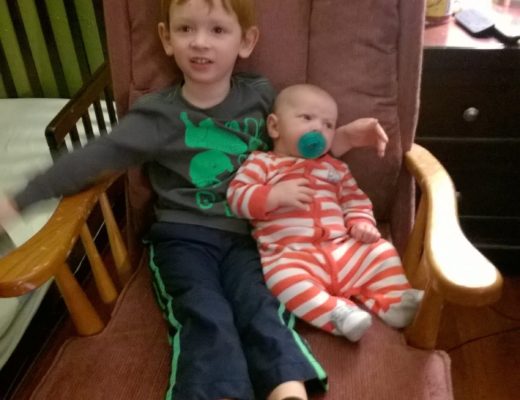 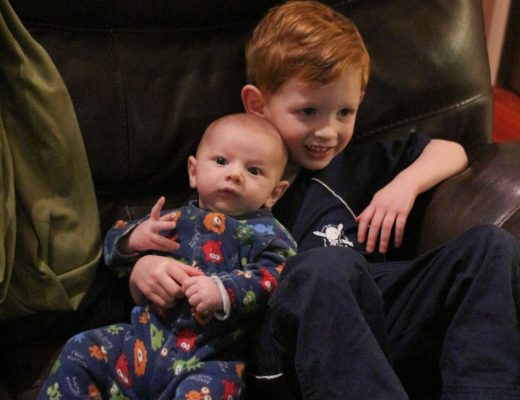 It was picture day at school. From Andrew’s observations, he’s pretty sure this is as good as it gets. 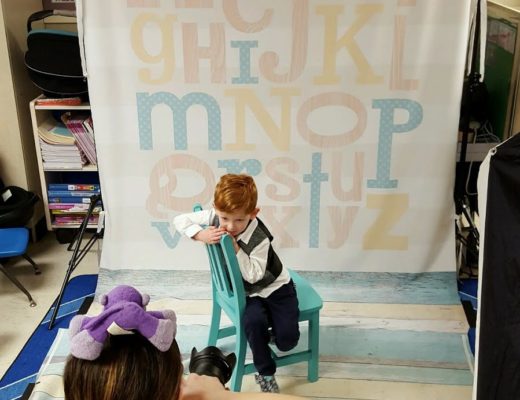 Sometimes we get pictures from school. This is Aiden and his friend Karis practicing their scissor skills. He often asks us what our full names are, including Oliver’s. He gets confused and thinks it’s funny that his little brother’s middle name is Karas which is pronounced just like his friend Karis at school.

Aiden’s imagination is running wild! It’s so funny the “games” he comes up with and the things he says. After Andrew trimmed his beard and got a haircut Aiden told him “I don’t know you like that!”
He’s obsessed with the story of the 3 Little Pigs. He’s usually the Big Bad Wolf and blows our houses down (…while folding burp clothes). 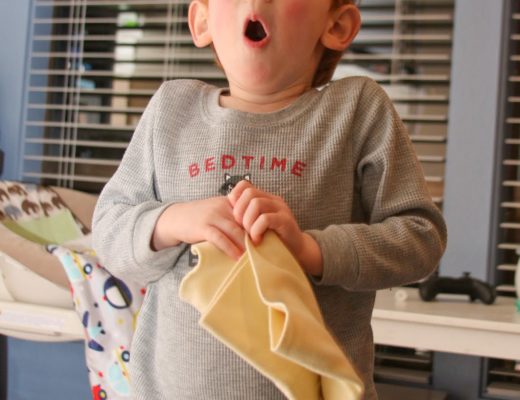 He’s on a boat (the couch) fishing for the animals in the water. 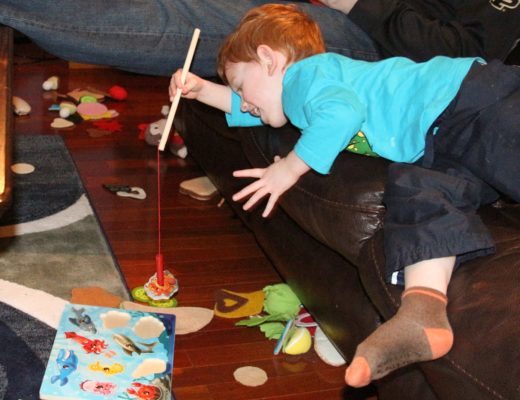 He’s on a boat (this is a common theme) in the water. I made the mistake of moving the legos out from under him so it wouldn’t hurt when he sat in his boat. Turns out the legos were water and I got reprimanded for moving his water. Then he tipped over and the sharks got him. 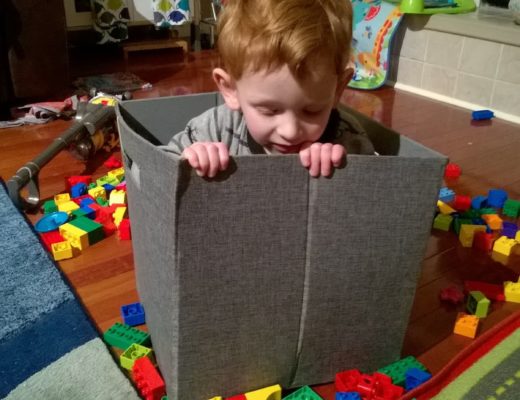 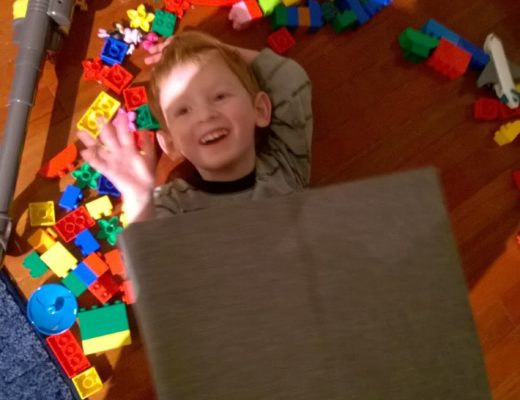 He also likes to pretend he’s Aladdin and Oliver is Baby Abu. Sometime Andrew and I are the Genie and Jafar…. and sometimes Andrew is Jasmine (according to Aiden). Aiden will take Baby Abu on magic carpet rides. 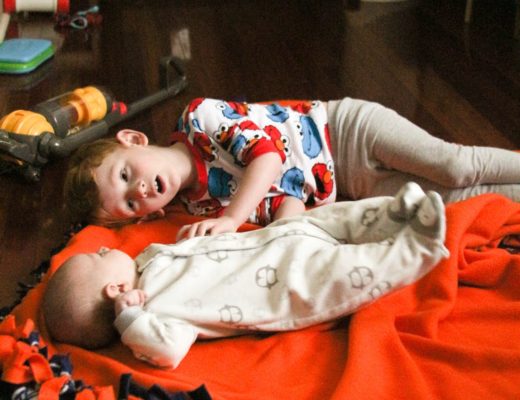 We had Oliver’s 2 month check-up and he’s a very healthy 13 lb 6 oz. To think, there was a moment I was concerned he wasn’t eating enough. He started only nursing for 5-10 minutes, then got fussy and acted done. What we figured out is that my milk comes out like a fire hose and this little guy was filling up fast. He also has no interest in comfort nursing, so when he’s done with the boob he let’s you know (complete opposite of Aiden). If he’s not hungry he is much happier with a binky. We’ve consistently been getting one 4 or 5 hours run between feedings at night and he’s more than happy to go right back to sleep most of the time. He pretty predictable for an infant, aside from an off night here and there. With Aiden, it seemed more like a good night here and there, mostly unpredictable. At this point, I think I can say this time around is easier. It also helps that we have a very loving and helpful toddler who so far isn’t acting out or too jealous.