Skip to content
Babies and kids getting older doesn’t really make me all mushy, and maybe that sentiment will change for me later. I see it as them becoming more of the full person they are meant to be, and the older they get the more of their personality we get to see. However 3 to 4 seems like a big jump. He’s a little boy with all his own ideas now.
Aiden celebrated his birthday at school on Friday. He and I baked cookies the night before to share with his friends at school. I asked him what he wanted to make and he said cookies, cake, and cupcakes. I made him pick one. Don’t worry, by the end of the weekend he had all 3, plus doughnuts.
His teacher asked him how old he is now. The pirate’s dad was thoughtful enough to send me a picture and videos he took during their Halloween party! 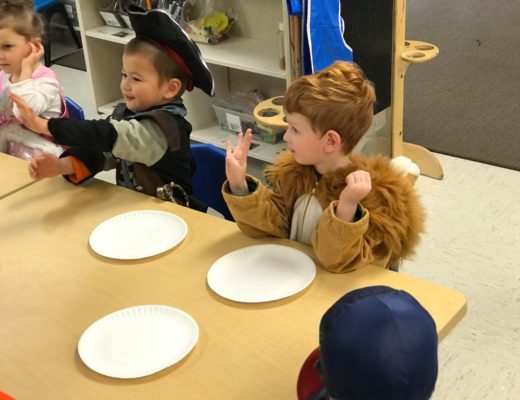 Singing happy birthday and eating treats. I love the pirate’s solo.
On Saturday, we woke up and went straight to doughnuts to start off the birthday celebration. We got Aiden a punch card for 10 Giggle Jungle visits, so after doughnuts we went there to play.  He told Andrew “When I was 3 I couldn’t do that, but I can now that I’m 4”. He also requested he and Oliver match for his birthday, so they both wore their Charlie Brown pjs out that day. Aiden and Oliver both napped so hard after this.

He watched unlimited Peppa Pig throughout the day, opened presents from family, got a giant Dory balloon, and stayed up extra late. In the afternoon Andrew took him swimming at the indoor pool which he’s been requesting since our pool closed in September. 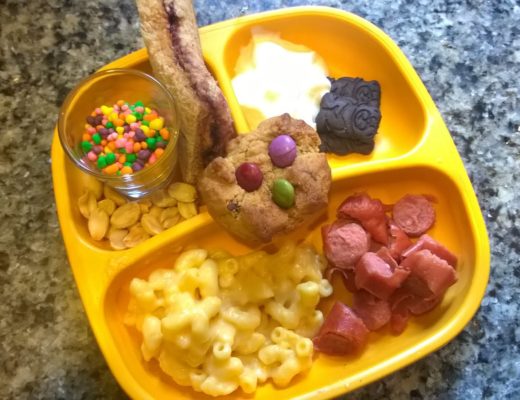 He kept saying “for my birthday I want to stay up until the sun comes up” and I would reply sure you can stay up late. Then he’s say “No, ’til the sun comes up for real. I want to stay up all night.” And I’d tell him that’s too late, we wouldn’t be able to make it, and then we would feel really terrible the next day. His response was “you and daddy can go to bed, it’s okay, I’ll stay upstairs all by myself.” I think he was happy with what we decided.Tom and Emily were celebrating their birthdays Saturday night, so we took Aiden to their party with us (leaving only Oliver with the babysitter) and stayed “extra late.” (9pm) He had a great time, and Tom and Emily got him a giant “4” balloon and cupcakes. He felt so special! 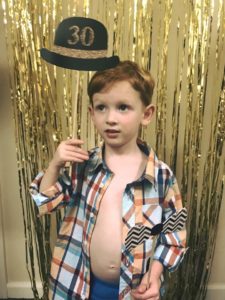 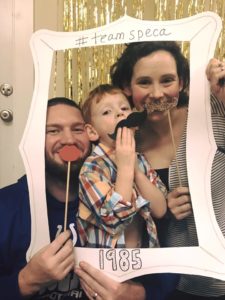 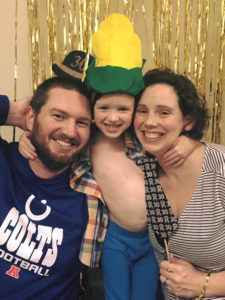 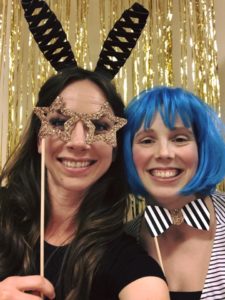 Bedtime was very sad, when he realized tomorrow would not be his birthday. There were lots of tears. But since we kept so busy on Saturday, we had ice cream cake on Sunday to keep the celebration going. We also had a babysitter come over to play and she baked pumpkin cupcakes with Aiden.