Skip to content
We are getting to the last major house project on our list, the lower back deck. It’s off our bedroom and never gets used, so we haven’t been in a hurry to tackle it. However, we got our roof re-done and a pallet of roofing material fell off the roof, landing on the lower deck and cracking the supporting beam, so it was time to get to it. We did demo ourselves with the help of Tom and Andrew’s parents. For speed, we decided to hire someone to re-build it (we want to be able to use it this summer). 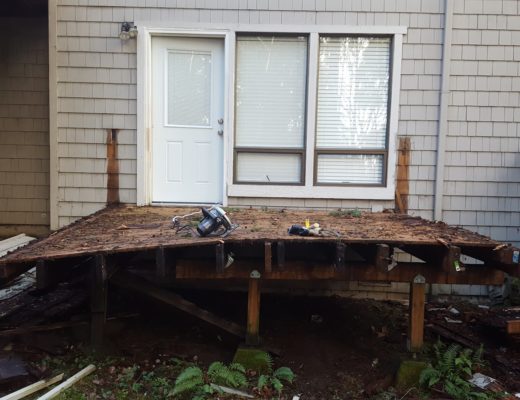 Aiden got dressed for deck demo. After “helping” Tom and Andrew for a few minutes he came back inside to build his own new deck. 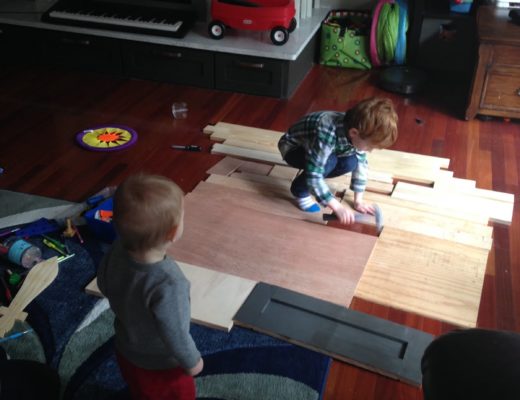 After demo, I built a retaining wall for the pad that we’d need for the steps down (the original deck didn’t have stairs). That pad quickly evolved into a paver patio that took up the entire space under our upper deck. Previously because of shade, no growth, and water that fell from the upper deck this area was mostly a mud pit. We thought this would give us more usable space. 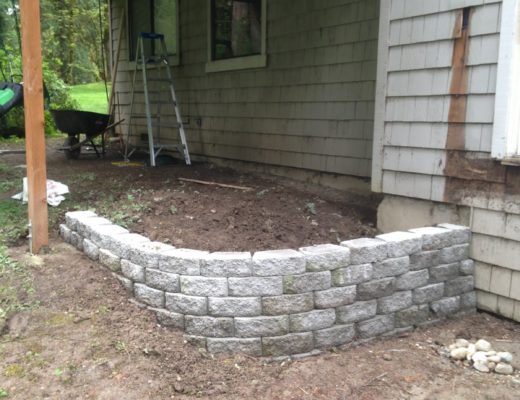 While our deck guys worked I spent my free time digging out the mud pit. It was very slow work. 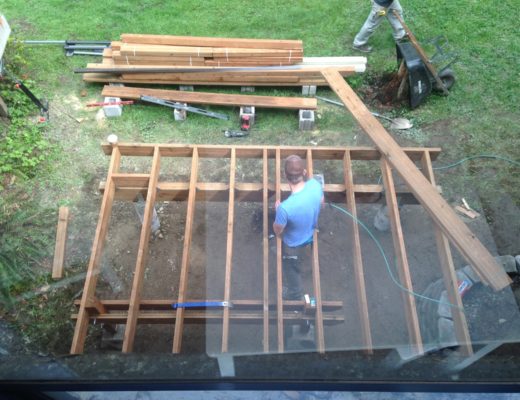 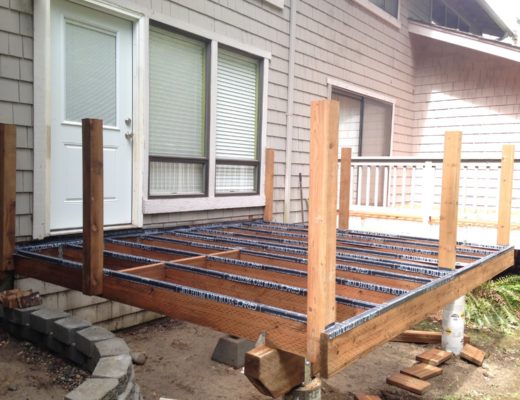 We hung new swings for the boys (in hopes that we could accomplish some work while they played). 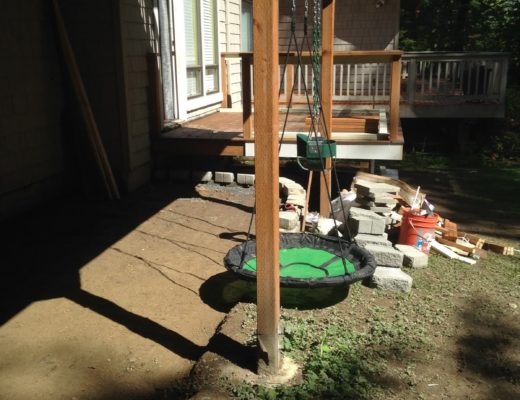 Once the hole was dug and the deck almost complete, we had a lot of rocks dumped in our driveway and started the underlayment for the paver patio.

After talking with our deck guys we decided to let them complete the paver patio as well. What would probably take us 2-3 weeks, they could get done in one extra day of work. Yes please! 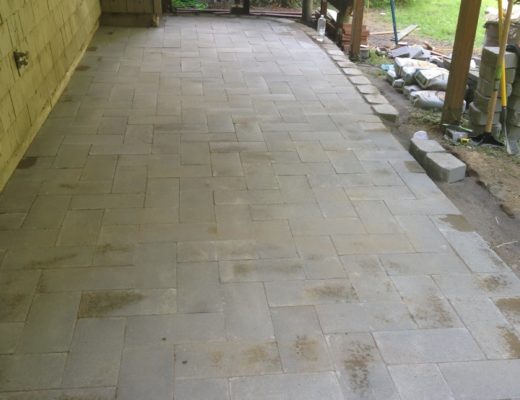 The final bit of work is to paint the railing which we should do by end of summer. 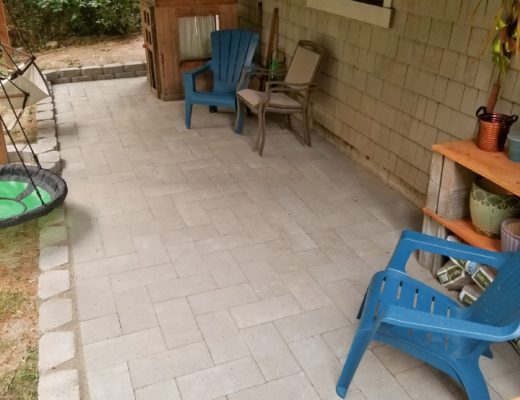 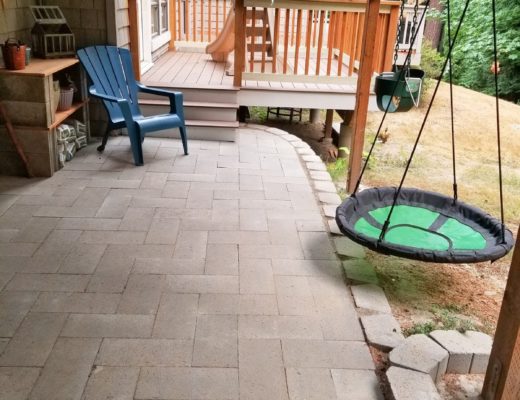