I would say “we” carved pumpkins but that would be inaccurate. I took suggestions and carved pumpkins while the kids were sleeping and Andrew played video games. I think I preferred it that way, and the boys loved the finished result. 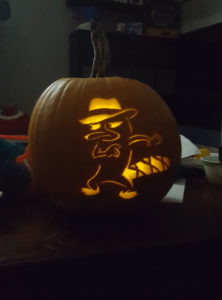 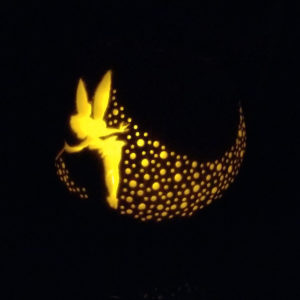 Despite taking Aiden to a few costume stores and looking at all the possible options, he was adamant about being a ghost made from a sheet. My DIY side was more than okay with this plus you can’t go wrong with such a classic, but I was worried he’d change his mind at the last minute. He didn’t. He was even specific about picking out the sheet and cutting it himself, including the eye holes. I helped cut the slits up the bottom. He loved his costume, but after trick or treating he did say that next year maybe he wouldn’t cover his whole head with his costume (there was some tripping). 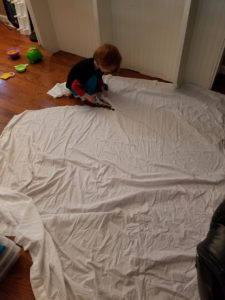 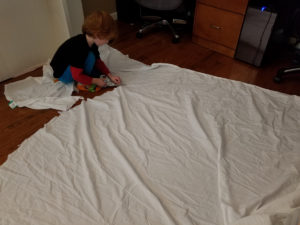 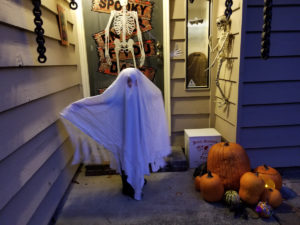 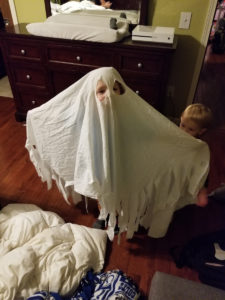 We went to Kathryn, Henry and Max’s for their Halloween party. The costumes and food were beyond impressive. The downstairs was made into a haunted house with a fog machine and a dance floor.

We trick or treated with Axel and Rambo in their neighborhood this year. It was a great area. There were almost no cars, all the houses participated, many with full size candy bars, and it was flat. There was one house that made their entire yard into haunted woods and you walked through to eventually get to their front door for candy. It didn’t scare the kids luckily. 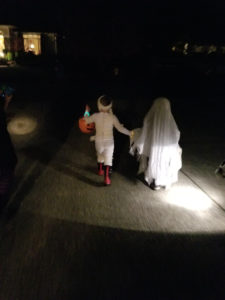 This goldfish will not be forgotten anytime soon. We received it from daycare on Halloween… not a great day to send a new and unannounced pet home. He was in a bag and we had trick or treating plans, so we relocated him to a jar until I got this tank from a neighbor the next day. He lasted 10 days. The nightly crying over his death lasted weeks, even months later we’ll hear Aiden crying in the middle of the night. When we’d check on him he’d say “I’m sad my fish died!”. We tried to prep him as soon as the fish came home. They do not live long. I flushed the fish before he got home from school thinking it would traumatic to see him, but once I told him and the sobbing stopped that was the first thing he asked. “Can I see what my dead fish looks like?” We are not interested in more pets. 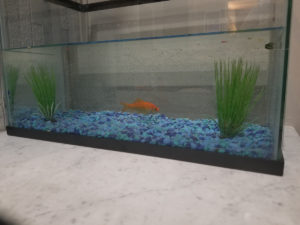