Skip to content
Aiden is finding his hands and learning to suck on them. But he’s still a little spastic so you can tell he gets frustrated when he gets them to his mouth but just can’t seem to keep them there. He has also gone 5-6 hours between feedings at night 3 times this week. Merry Christmas to us… it probably won’t last.

I’ve been using the Maya wrap this week to get comfortable with it before we go on our trip. Not that I will be holding him when we’re home, but I figure it might be nice for the airports. 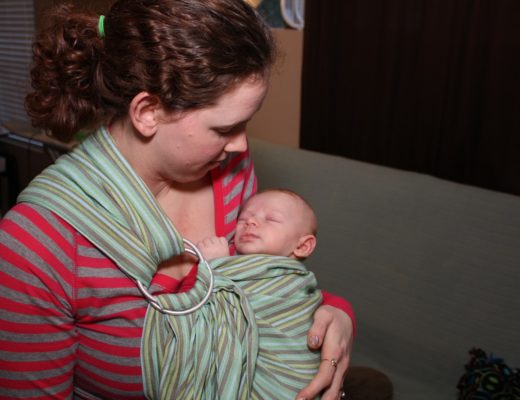 Aiden went to the doctor this week for his 2 month appointment. We went a little early because of holiday plans. He weighed 11 lb 10 oz and was 24 inches long. He was suppose to get two shots but sadly there’s a nationwide shortage (probably until March) of one shot that was a combination of 3 vaccines so he had to get poked 4 times. It was pretty sad but the nurse was super quick and we went prepared with a bottle of pumped milk and gave it to him immediately after the shots. He cried for maybe 30 seconds. The worst was actually once we got home and he woke up. He was inconsolable, so we gave him some infant Tylenol for his probably very sore little legs and then he napped very soundly. 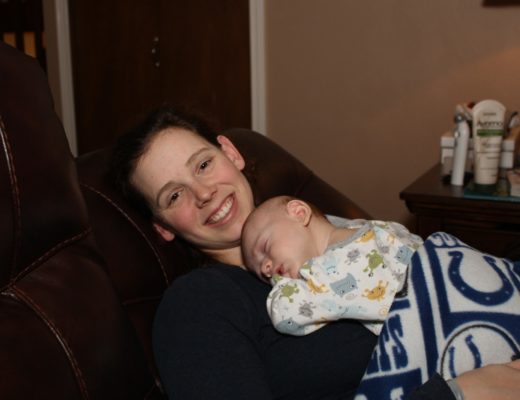 Andrew had a bacon Christmas donut and I had a chocolate yeast donut from Sunrise Donuts and Espresso. Delicious! (Much better than Top Pot Donuts in my opinion)

We celebrated Christmas just a little early so we could enjoy our gifts before heading home on Christmas day. Andrew and I each bought and wrapped a few gifts for Aiden separately so there would be a little more surprise when opening his gifts for him. I thought it was fun and we’ll probably do it again next year. Of course Aiden slept through the whole thing which was fine by us. It gave us more time to enjoy our gifts.

And of course a few videos of his activities this week… )
(As I upload and go through videos, I’ve found it’s a fun game to guess what HGTV show I was watching at the time since that’s all ever I seem to have on TV.